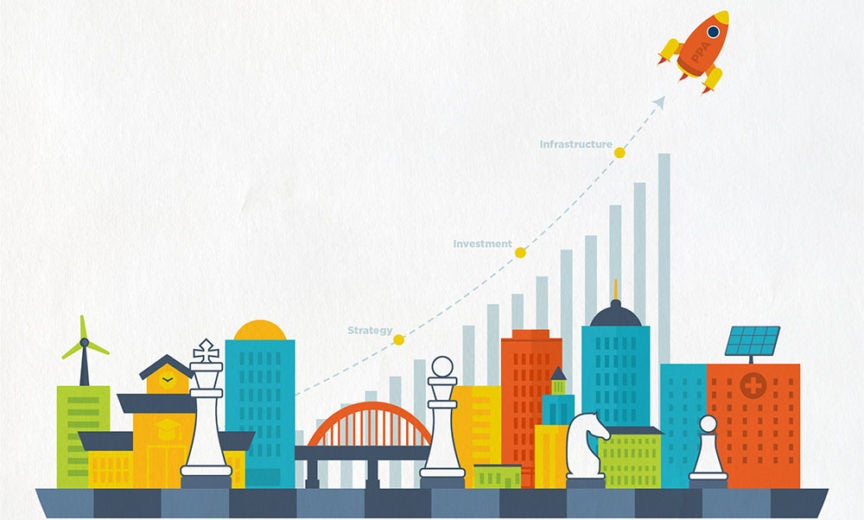 The lack of tax revenues to develop infrastructure in Latin America and the Caribbean has given rise to public-private partnerships (PPPs) as an option for developing strategic infrastructure projects. In this context, IDB Invest is prepared to support countries in the region.

It’s no secret to anyone that the development of Latin America and the Caribbean faces major challenges, and one of the most significant is to increase investment in infrastructure projects. In effect, data from the Inter-American Development Bank (IDB) as well as other institutions point to the existence of a sizeable gap in this area: the region needs to invest at least the equivalent of 5% of its gross domestic product (GDP) in this sector in order to achieve the development levels of countries  like South Korea or Japan.

Achieving these investment goals is not an easy task because governments do not have the financial resources needed to cover the gap. Alternative forms of investment must be sought that promote private participation in the construction, operation, and maintenance of projects in various sectors, such as highways, renewable energy, water and sanitation, solid waste management, and schools. Public-private partnerships (PPPs) represent one of the mechanisms facilitating the mobilization of private resources. PPPs are contracts between the public and private sectors that cover the construction, operation, and maintenance of infrastructure works. Under this type of contract, each sector absorbs some risks. For example, the private sector finances the work while the government is responsible for challenges like obtaining rights of way (in the case of highways) or changes in the exchange rate. To develop these projects, the private sector receives income – for a given period of time – either through users’ payments for using the assets or compensation paid by the government to keep the assets operating properly.

PPPs are not privatization, in that the assets built always belong to the national or subnational entity responsible for their construction. Examples of PPPs are highway concessions or contracts for the construction/remodeling, operation, and maintenance of hospitals or schools.

Given the risks that public and private sectors face when developing PPPs, a series of measures must be adopted to strengthen the structuring of projects of this kind. These measures range from creating a regulatory framework (PPP Law), creating and strengthening the institutional framework (e.g., forming a PPP Unit responsible for setting up bidding procedures), and creating a list of strategic projects, to developing solid tenders to make the projects bankable, which means making them more attractive for the private sector. All of this is essential to ensuring that infrastructure development processes are sound and achieve the governments’ established goals.

Taking into account the challenges the region faces in developing PPPs, the IDB Group has recently created an innovative mechanism that is allowing the public and private sectors to develop PPPs. In doing so, it uses the IDB’s knowledge and experience in working with governments and IDB Invest’s knowledge and experience with the region’s private sector. We do all this by taking advantage of the fact that the IDB Group has a Country Representative in each of the region’s countries, who directs the actions of both institutions at the local level. This allows for complete coordination of our work and maximizes potential support for the region.

In addition to coordination tasks at the national level, led by the Country Representatives, the IDB Group created a one-stop shop for PPPs, made up of representatives from the IDB and IDB Invest. This one-stop shop offers the region’s governments comprehensive support adapted to the needs of each nation and project.

In this way, in the context of the one-stop shop, the IDB is responsible for processes related to the creation of legal and regulatory frameworks, as well as the design of a list of projects that can be financed for the governments through PPPs. For its part, IDB Invest is responsible for supporting the projects’ bankability, which means providing support for the preparation of bidding documents and processes related to this phase as well as financing for private developers following the conclusion of bidding procedures. This operating scheme recently allowed us to support the government of Argentina in developing its PPP program for highways. The IDB Group’s support consisted of financial resources and technical, legal, and financial knowledge, as well as the structuring of bidding documents for PPPs for highways. The objective is to use this scheme as the basis for an ambitious infrastructure program, which includes electrical transmission, water and sanitation, urban transport, and social infrastructure projects.

How Can the IDB Group’s Support on PPPs be Accessed?

The main point of contact is the IDB Group’s Country Representative, through whom all applications are channeled. In this way we ensure that coordination between the IDB and IDB Invest will be efficient from the outset of support. It is important to mention that the IDB Group’s support is provided through technical assistance operations – reimbursable and nonreimbursable – depending on the phase in which the support is provided.

With this scheme, the IDB Group has created a solid and unique mechanism within the framework of multilateral development banking. The work coordinated between the IDB and IDB Invest is designed to offer rapid and concrete support, so that our PPP advisory services are adapted to the needs of both the public and private sectors as well as to the economic and social context of each country in Latin America and the Caribbean.