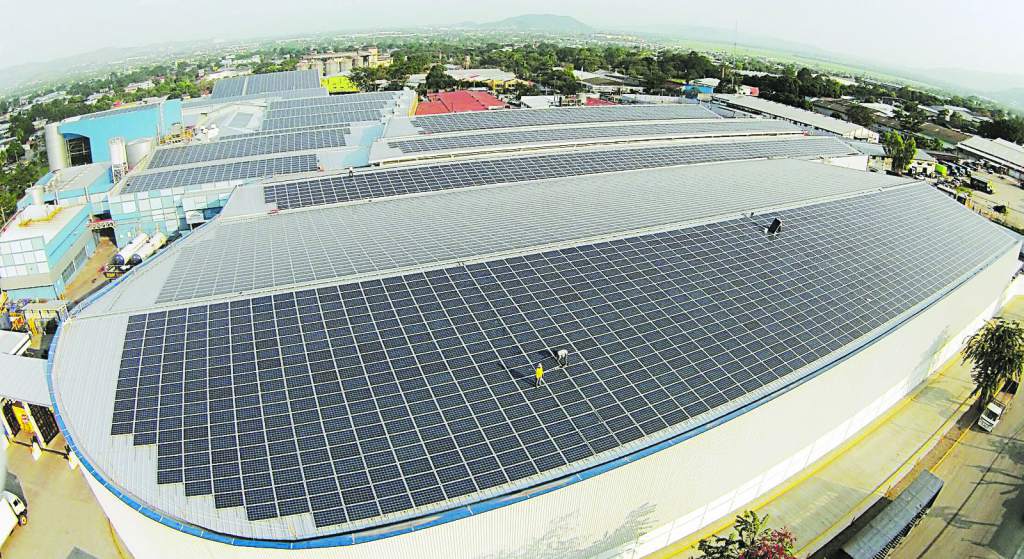 The same sun that bathes Central America’s beaches is an increasingly valuable asset for many companies in the region. That is the case with the Honduran bottling plant Embotelladora de Sula, one of the largest rooftop photovoltaic projects in Latin America.

This new solar plant in sunny San Pedro Sula—three hours from Tegucigalpa—is one of the first large-scale photovoltaic projects in the country. It shows the potential for renewable energy—not just to reduce companies’ carbon footprint but also to increase competitiveness.

Energy prices tend to be higher in Central America than in other places, given the region’s dependence on imported fossil fuels, which account for 45 percent of energy use. For countries that depend disproportionately on oil for electricity generation, price volatility complicates planning for the medium or long term.

Of course, one company by itself is not going to solve national energy problems, much less resolve the regional challenges brought by climate change. Thanks to private and public sector efforts, photovoltaic capacity in Central America is expected to jump ten-fold over the next year.

The IDB seeks to play a leadership role in this upward trend. Working with the Nordic Development Fund, we have set up a $50 million fund to support companies’ energy efficiency and reduce their dependence on oil through renewable energy. Depending on the size of the project, the fund can provide direct loans ranging from $500,000 to $5 million to finance up to half the cost of an energy project. Along with financial support, the program provides technical assistance to assess needs and analyze the costs and benefits of different technologies.

Over the past year, the IDB supported energy audits and feasibility studies for dozens of Central American companies to determine what solutions work best. For an agricultural company in Costa Rica that generates a high volume of organic waste, it was determined that turning this readily available material into biofuel would be the best option. For other companies, we demonstrate how reducing energy costs through installing new equipment or upgrading production systems can make sense.

Embotelladora de Sula will rely on the sun, as well as certain efficiency measures, for energy savings. During the next few days, the IDB will extend a loan for the project to Grupo Corinsa, which owns the plant.

This modern facility—which bottles soft drinks, juices, and purified water, 24 hours a day, 7 days a week—began a solar pilot project more than a year ago and is about to expand it significantly. Although solar energy cannot be the only solution for a company that operates 24/7, it can have a big economic impact. In this case, once all the solar panels are installed they will cover 34,000 square meters (approximately 366,000 square feet) and generate 3 megawatts of electricity, enough to supply 20 percent of the plant’s total electricity needs.

Technological advances like this make renewable energy more attractive. The initial investment can often be recovered in four or five years, while the benefits last for the long term.

We have seen enormous interest in green technologies throughout Central America, which is expected to install around 550 MW of solar per year through 2018.

In 3Q2014, Honduras added a total of 72MW alone. The IDB is at the cutting edge of this burgeoning market with additional projects in San Pedro Sula and elsewhere. For companies willing to invest in the environment—and at the same time improve bottom lines—this IDB fund provides a unique opportunity.

This project is featured in the IDB Sustainability Report.