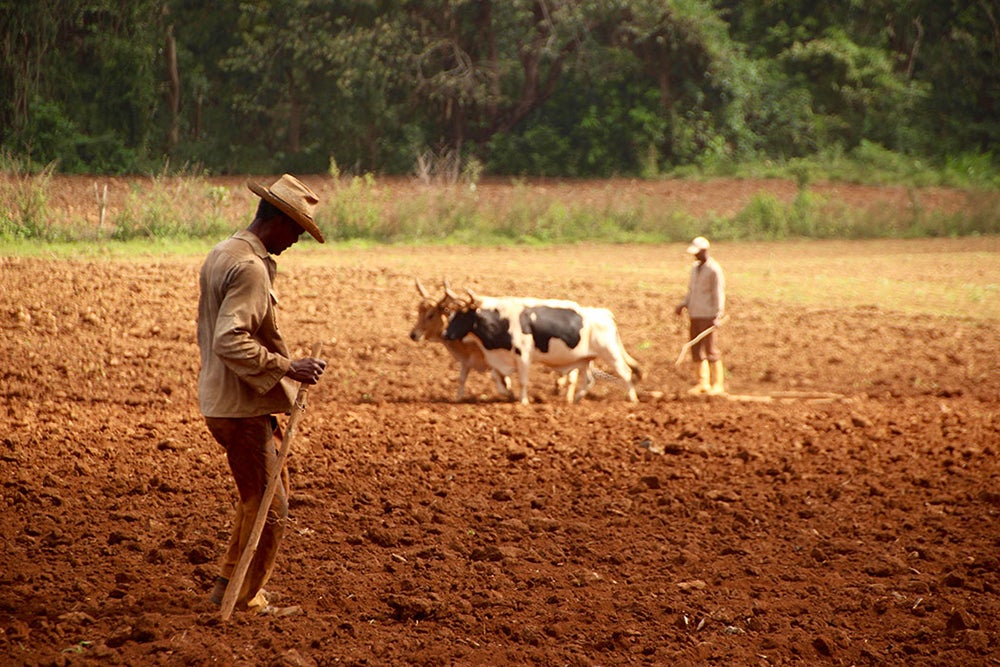 By 2050, a 60% increase of food production will be required, with only a 12% increase in arable land. Considering the social and demographic implications for agricultural producers, finding solutions to include them in production chains is a must.

Latin America and the Caribbean region is the largest net exporter of food worldwide. Furthermore, the region has a third of the global fresh water resources, more than a fourth of high-to-medium potential production lands, and around 40% of biodiversity. However, the region has 14 million small-scale family farming, in vulnerable situation, who occupy 80% of the farms, produce 35% of lands, and provide between 40% and 50% of food, according to the study  “The Next Global Breadbasket: How Latin America can Feed the World”.

Whether to raise cattle in Paraguay, grow coffee in Colombia or soy in Brazil, all kinds of agricultural producers are involved in the process, from large businesses to small producers and smallholders, including cooperatives. Although there are also intermediary actors, like in Argentina or Uruguay where larger scales are achieved by leasing lands. This is an already proven business model where the producers are not necessarily land owners.

However, among these different types of producers there are gaps that are increasingly evident in terms of scale, access to financing and markets, and technology application. This issue is even more evident among small producers: only 5% has access to formal borrowing, and the continuous fragmentation of land ownership due to the inheritance factor (many times resulting in flawed titles) works against them when trying to achieve minimum scales.

The key factor of this gap arises from the climate change effects (which is more evident in Central America due to the narrow distance between both oceans) that, together with scarce and expensive financing, price volatility, increasingly sophisticated technological advances, and climate insurance limitations, impact family farms income.

As result, younger generations choose to migrate to large urban centers instead of continuing working in family farms, and thus an important social structure of rural communities keeps on deteriorating. In Mexico alone, the number of people living in rural areas decreased from 57% in 1950 to 29% in 1990, and 22% in 2010, according to the Instituto Nacional de Estadística y Geografía de México (Inegui).

Meanwhile, the consolidation of producers could help the so-called “new generation of cooperatives” and other association forms to achieve larger production volumes to leverage their negotiation power. Along these lines, geopolitics and the global struggle to supply commodities continue being strategic for certain countries, and could become an opportunity for producers.  The entry of the Chinese company, COFCO, after acquiring Nidera and Noble Agri, or the purchase of Agro Amazonia in Brazil by the Japanese Sumitomo Corp., are proof of this situation.

While on the other side of the chain, if the regulating entities approve the mergers of Bayer-Monsanto, Dow-Dupont, and Syngenta-Chemchina, these companies would control 60% of the seed/biotechnology business, and 70% of the agrochemical industry.

How to promote inclusion in production chains

So, what can be done to promote inclusion in production chains? While some companies focus their acquisition strategies to purchase commodities from large-scale producers, other companies seek to develop their smaller clients, not only driven by a more social approach, but also because according to FAO, they have a productivity growth potential of 30% to 50% in sugar cane, dairy, and cattle production.

To close the productivity gap, a likely and sustainable solution for small producers is long-term financing, provided by investment banking —through trust funds or similar vehicles—, in association with anchor businesses assuming part of the risk and supporting them with technical assistance programs.

An example of this trend is the structured financing implemented by IDB Invest (formerly known as Inter-American Investment Corporation) and the International Finance Corporation (IFC), together with ECOM —a global coffee business— and Starbucks for coffee producers that have been affected by rust disease in Nicaragua.

This article was originally published at the Huffington Post.