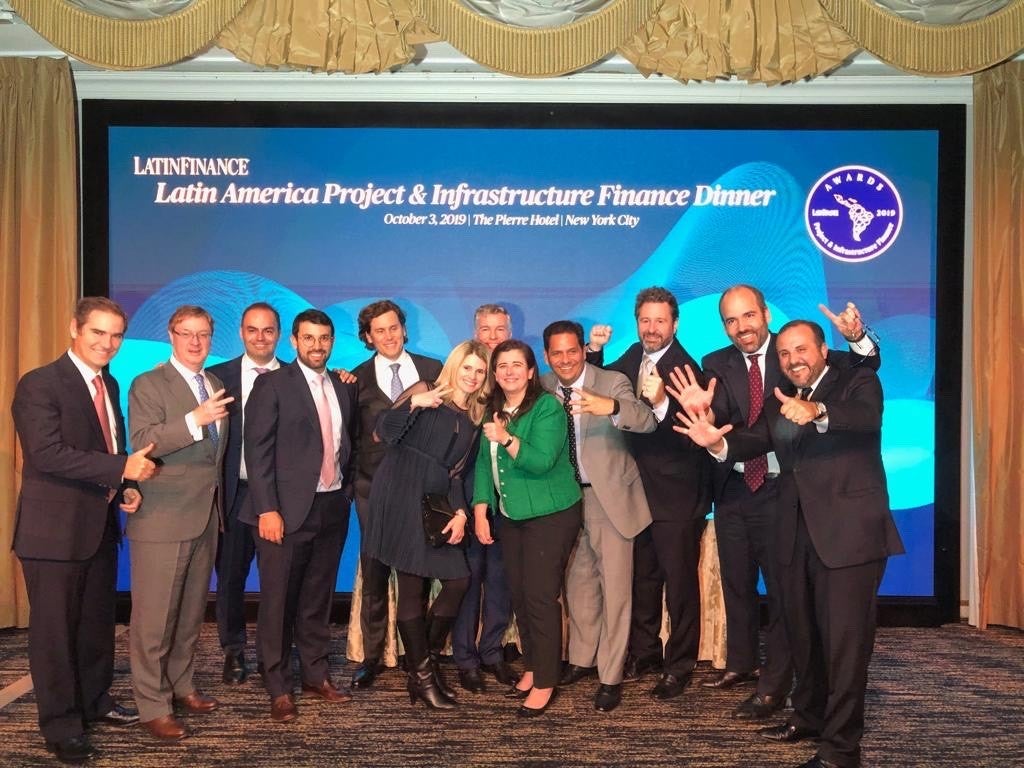 LatinFinance magazine has selected six IDB Invest projects among the year’s best, lauding the organization’s commitment with the private sector in Latin America and the Caribbean.

Over the past few years, the structural complexities of financial solutions have multiplied, together with an increasing number of investors involved in projects and new infrastructure initiatives. As they have grown in size and sophistication, both have posed a greater challenge to the innovative capacity of their participants.

Every year for over six years, LatinFinance magazine has honored the most outstanding financial institutions and transactions in Latin America and the Caribbean with the Project and Infrastructure Financing Awards, a key sector for the region’s economic development.

The 2019 categories and projects in which IDB Invest has been recognized by LatinFinance are:

This project received $143 million in financing to build, operate and maintain one of the highways in Colombia’s Fourth Generation (4G) road concession program, which aims to facilitate road connectivity and integration. The project will create more than 2,200 jobs. It will also expand and improve 176 kilometers of roads, which will include the construction of a 4.6-kilometer tunnel and 46 viaducts.

With IDB Invest financing for 442 million Brazilian reais, this project seeks to expand, refurbish, and improve wastewater infrastructure works in 15 municipalities in the metropolitan region of Recife, Brazil. This is the first time that IDB Invest has financed a public-private partnership (PPP) for water and sanitation in Brazil. More than 1,000 jobs will be generated during its construction.

Enel Green Power, with the Villanueva I & III and Don José Solar Projects

$86.6 million in financing to build and maintain three solar plants with a total capacity of 1,088 MW in Mexico. These plants will displace the equivalent of 954 thousand tons of CO2 per year. The largest of the three plants, Villanueva I, will be the largest solar project in the Americas.

Financing of 150 million Brazilian reais for the expansion of the Itapoá Container Port Terminal, located in the state of Santa Catarina, Brazil. The financing will be used to purchase new equipment, expand the container yard, and adapt the wharf to accommodate up to two vessels at the same time. With this project, the port’s container handling capacity will increase from approximately 500,000 TEU to about 1.2 million TEU.

Through the partnership between IDB Invest, Telefónica, Facebook, and the Development Bank of Latin America (CAF), Internet para Todos (Internet for Everyone [IpT]) seeks to close the digital divide and connect Peru’s rural communities. About 100 million people in Latin America and the Caribbean (20 percent of the region’s population) lack suitable access to mobile broadband and to the social and economic benefits of Internet access. With IpT, 2,000 communities in remote areas have already been connected, benefiting 600,000 people.

Like every year, the winning projects were chosen by LatinFinance‘s editorial team after a detailed review of the information and based on the data provided by market participants, interviews with industry leaders, and research of publicly available information.

The main criteria used to select the winners included the strategic importance and innovative qualities of the transactions; their structural aspects, including complexity, innovation, and size; their execution, including price and demand achieved vis-à-vis other market benchmarks and given the conditions at the time; their overall strategy, volume, and diversity; and finally, the innovation, foresight, quality of execution, and success of the transactions.

These six awards are a source of pride for IDB Invest, which reiterates its commitment to promoting the economic development of its member countries in Latin America and the Caribbean through the private sector.■