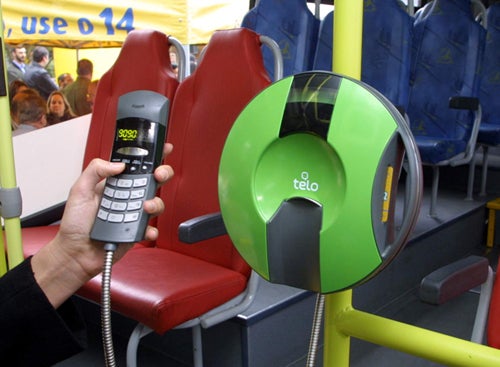 Most discussions about scaling up base of the pyramid (BOP) models focus on financing the companies themselves, yet there are other ways development finance institutions (DFIs )could support BOP ventures.

Before joining the IDB, I was an entrepreneur for over eight years. I co-founded and ran three companies in the telecom, logistics and internet spaces. My first company, PV Inova, was a BOP business in Brazil. PV Inova developed and patented a public GSM telephone that allowed low-income commuters to place cheap calls while on public transportation vehicles. We raised significant amounts of funding (equity, debt and grants) from different sources and closed partnerships with players such as Brasil Telecom, Oi Telecom, the Municipality of Porto Alegre, and Metro Rio. The venture received public support and media attention and earned awards for social innovation and product development. However, ultimately the business did not thrive due to lack of large-scale financing. We then pivoted the company into a different business line, away from BOP.

What did I learn from this experience?

When you are in a capital intensive business (PV Inova for example demanded expensive hardware production), the conventional financing options do not necessarily work. Why? Because the BOP startup does not have the balance sheet to take on large amounts of financing, be it debt or equity. This is where there is a role for development finance institutions (DFIs).  DFIs could finance the large companies that are willing to purchase from or partner with BOP startups.

To illustrate this, I‘ll refer again to my own experience. After launching a pilot on 400 buses in partnership with Brasil Telecom in the city of Porto Alegre, PV Inova came back to the table with the telecom’s directors to negotiate the expansion of the business. Nevertheless, because margins were (by definition, as with most BOP businesses) thin and the project relatively small in the eyes of a large company, they ultimately decided not to continue to invest. They did however leave a door open in case we could come up with “interesting ways” to finance the scaling of the venture – which we couldn’t do at the time.

However, what would have happened if I had brought to the table a DFI willing to provide funding for Brasil Telecom to purchase the first large order of phones from us? This could have been the ultimate nudge, or tipping point, to make the transaction viable, representing the best of both worlds for all parties: (1) PV Inova would have been able to scale the business; (2) Brasil Telecom to finance the growth of a low-income targeted business and explore new market and branding opportunities; and (3) the DFI would have leveraged the expansion of an innovative BOP business while taking the lower risk of a large company’s balance sheet.

My experience negotiating with large companies from the “weak side” tells me that the involvement of a DFI could add real value to closing the deal. Also, risks for all parties could be manageable because, at the end of the day, the DFI should be paid back regardless of the success of the venture. Innovative and sustainable business models require innovative and sustainable financing solutions.

About Andre Averbug:  Andre works for the development effectiveness team at the  IDB’s Structured and Corporate Finance Department. He has a background as an entrepreneur and development economist. He has started three companies in the telecom, Internet and logistics spaces – one of them still successfully operating in Brazil. His professional experience also includes the World Bank and the Brazilian Development Bank (BNDES). He earned an MSc in Economics from the University of London, in England, and an MBA from McGill University, in Canada. He also published a novel, in Portuguese, “O Meio e o Si”.