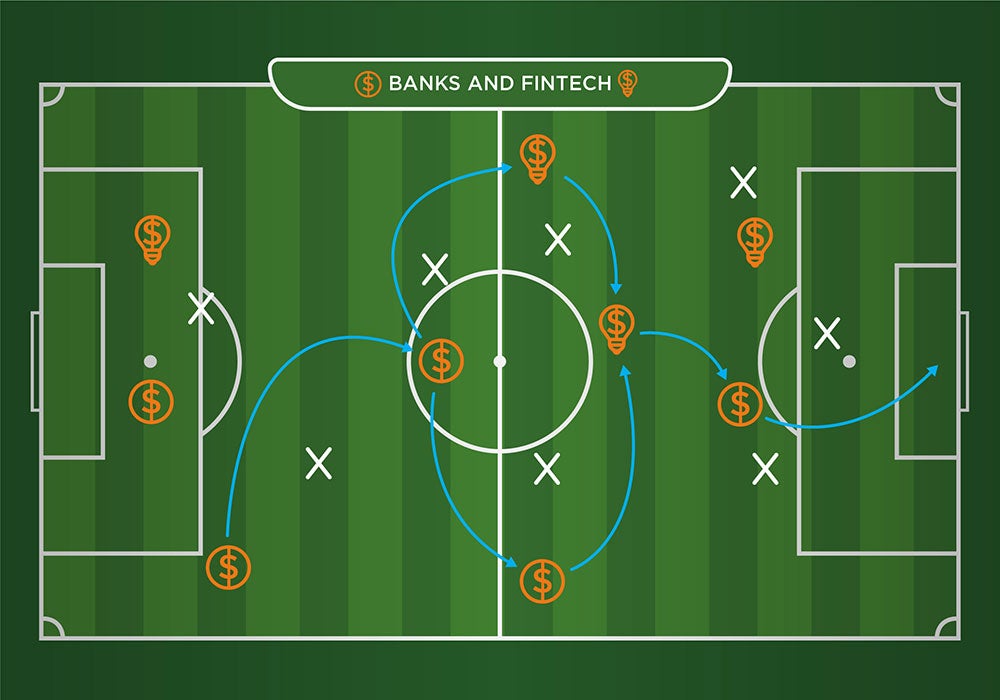 On May 26, 2013, a tweet from FC Barcelona confirmed that the 21-year-old Brazilian striker Neymar Jr. had accepted a multi-million dollar contract to join five-time Ballon d’Or winner Lionel Messi in the Catalonian soccer team. Fourteen months later, the same club hired the Uruguayan star Luis Suarez. A couple of weeks later, Barcelona’s legendary player Johan Cruyff suggested that the new hiring could ruin the team: “The three of them are too individual; I can’t see how Barça intends to continue playing…”

Fintech firms, the emerging financial service sector of the 21st century, are flourishing across Latin America and the Caribbean with no exception. The Inter-American Development Bank and Finnovista have identified more than 700 Fintech firms in 15 out of 18 countries in the region. Bullish observers believe the emergence of Fintech companies represent the end of traditional banks; the skepticals claim Fintech firms are not meant to last.

Though it is difficult to anticipate how tech innovation will shape financial intermediation in the future, market participants have more to win in a collaborative “ecosystem”, rather than playing a zero-sum game. Business opportunities are huge for all participants and every player has something to bring to the table.

The field for FIs and Fintech firms in the region

Credit still represents, on average, less than 45% of the gross domestic product (GDP) in Latin American and Caribbean countries, well below the average 150% in developed countries. For example, in Argentina, one of the richest countries in the region, credit represents less than 15% of GDP. On top of this, half of the adults in the region do not have a banking account and, in some countries, such as Nicaragua or Peru, this ratio hits three out of four citizens. Cash continues to be the most used mean of payment in the region with 90% of utilities paid in cash, according to some studies.

However, the region benefits from a huge advantage: technology adoption is incredibly fast. Mobile penetration reaches 70% of the population, comparing relatively well with the 84% enjoyed by Europe, the world’s most developed continent mobile-wise, according to GSMA. On top of this, Latin America is expected to be the second fastest growing mobile market in the next five years, setting the perfect platform for fintech companies’ growth.

Fintech firms’ biggest assets are their accessibility through digital and mobile channels, their agility and velocity to adjust to a changing environment, and their capacity to maximize the customer experience. According to Capgemini, almost 70% of costumers would refer their fintech service provider to a friend, but roughly 45% to their bank. On the contrary, though the gap is closing, traditional banks take the lead when talking about trust. 60% of consumers completely trust their banks, no matter the quality of the service, indicates the study. In the same line of thinking, although fintech companies are gradually diversifying their funding sources, banks have a wider reach in terms of access to capital and cheap and stable retail deposits. And banks also benefit from the regulators’ blessing.

A new game strategy for Latin America and the Caribbean

At the Inter-American Development Bank Group (IDB Group), we believe collaboration should be the rule and not the exception. That’s why, in the context of the 2017 Mobile World Congress, we launched FINCONECTA, a 10-month program dedicated to create the first interconnected ecosystem of solutions between financial institutions and leading fintech firms to foster the exponential growth of the financial industry. The results will be announced in the FOROMIC 2017, to be held at the end of October in Buenos Aires.

“Messi knows that the players around him make him a better player, and he makes his mates better too,” affirmed former Barça’s head coach Luis Enrique in an interview. In the last three seasons, Messi, Neymar, and Suarez have scored more than 300 goals by playing together. According to a study conducted by PWC, one out of three banks operating in Latin America are already partnering with fintech companies, and more than 80% expect to be doing business together in the next three to five years.

The ball is rolling. It’s time to let banks and fintech firms play together and consumers will be as happy as Barcelona’s fans.

You can also see more on the impact of the fintech revolution in Latin America and the Caribbean on this full report.