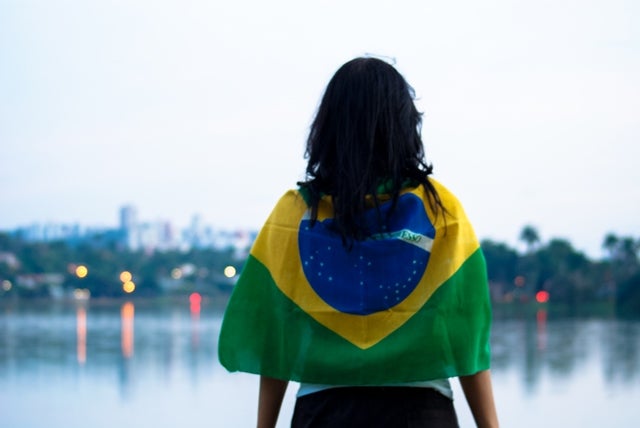 Back in 1822 the private sector was key to Brazil’s independence. Today the private sector has the opportunity to play a defining role in another turning point for Brazil and beyond: shaping the new global development agenda post-2015 Millennium Development Goals through sustainable business practices.

Before Brazil became the world’s fifth largest country and seventh largest economy that it is today, nearly 200 years ago this month, it was struggling for freedom from Portugal. It remained a colony until 1808, when the Portuguese court, fleeing the Napoleonic forces in Portugal, left Lisbon and made Rio de Janeiro the capital of the Portuguese empire.

It’s important to acknowledge the significance the private sector of the time had in this pivotal moment in history. Once the Portuguese kingdom reached Brazilian soil, its ports were opened to foreign trade. The new established kingdom in Brazil, along with its agricultural producers and traders, enjoyed the economic benefits of having autonomy. When the ruling monarch returned to Portugal in 1821, he was never able to reinstitute Brazil as a colony again. The new economic freedoms from commerce made the local ruling class side with the Portuguese monarch’s son, Pedro I, declaring him the first Emperor of Brazil, who then declared Brazil independent from Portugal on September 7th, 1822.

Back then the private sector was crucial in attaining Brazil’s independence. Today the private sector has the opportunity to play a defining role in attaining development through sustainable business practices. Just last month the United Nations Global Compact hosted in Sao Paulo a consultation among the business community in Brazil to follow the 2000 – 2015 era of the Millennium Development Goals (MDGs). Organized in partnership with the UN Development Program (UNDP), the UN Industrial Development Organization (UNIDO) and the International Finance Corporation (IFC), representatives of various industries within the private sector voiced their views on how to successfully implement a new global development agenda, including among others the positioning of small- and medium enterprises (SMEs) to support the growth of capabilities, competitiveness and sustainability.

The potential for Brazilian SMEs to shape the post-MDG development agenda is great; yet there are many hurdles impeding their sustainable growth, particularly access to proper financing. A recent example can be seen in the realm of energy efficiency. Contax is a call center in Fortaleza that could not meet requirements for CO2 emission reductions and, as a result, paid monthly fines. APS Soluçoes is a small energy service company in Porto Alegre which supplies energy efficient lighting and air conditioning systems, but could not obtain short-term financing from local banks. With IDB’s Energy Efficiency Guarantee Mechanism (EEGM Mechanism), Banco Indusval & Partners (BI&P) was able to provide the financing to APS. APS then offered Contax monthly savings in their energy costs by renovating their lighting and air conditioning systems.

As we quickly approach the 2015 MDG deadline, it’s important to study examples such as the Contax-APS Soluçoes-Banco Indusval partnership. Innovative approaches such as this one can very well shape and even define the development agenda moving forward.