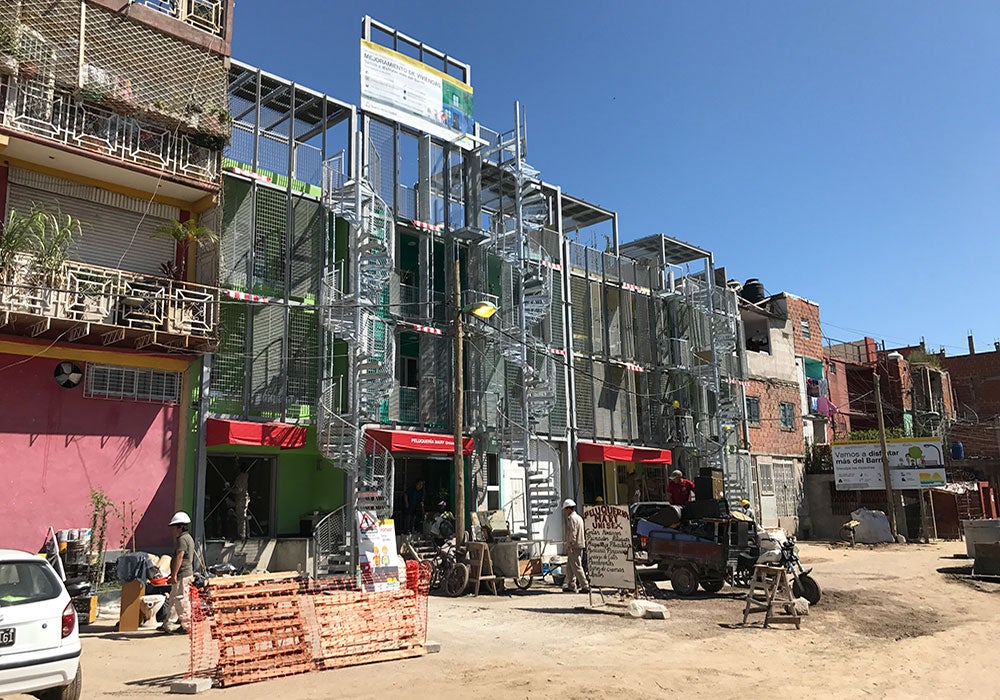 Recently I visited the Villa 31 in Buenos Aires, Argentina. It is a poor and informal neighborhood located at approximately 500 meters from La Recoleta, one of the most sophisticated areas of the Argentinian capital. Despite this proximity, near 45,000 residents at Villa 31 have lived in isolation, not accepted as true “porteños” by their neighbors due to the social and economic characteristic of their community. My hope is that a new development project of sustainable infrastructure in the area changes this scenario.

During my visit, I met fantastic people, but I experienced a strong mix of feelings. 20 years ago, I worked on an urban rehabilitation project in Brazil, which provided new homes, electricity, water, and sanitation to hundreds of low income people. By the end of the project, high-level dignitaries from the Government and other entities visited the new homes. One of them approached a woman benefited by the project and asked:

She looked at him and said:

20 years after, I still carry this experience with me, even though we have learned a lot about urban development and inclusion projects ever since. The number of success stories has been growing, but its nature remains rather complex and represents a significant challenge to governments, policy makers, and financiers alike.

According to an Inter-American Development Bank report: “Poverty-targeted projects that did not include specific objectives to reach excluded populations often reinforced their exclusion”. We must avoid this at all cost and work on the inclusion since the beginning.

From Villa 31 to Villa “Thirty and Everyone”

Working on sustainable infrastructure is not only about building new houses, but to improve the entire ecosystem around them to mobilize more human and economic resources that help people to break the poverty cycle. Villa 31 is not an isolated case. In Latin American and the Caribbean cities, informal areas can concentrate up to 50% of its habitants, and according the estimates, these number will keep rising.

Development processes must include habitants’ perspective. Local communities have a voice, and the fact that we are listening to them makes a huge difference in terms of long-term acceptance, appropriation and viability.

During my days at the Villa, I saw the construction taking place and the physical infrastructure being implemented. The work on water, sanitation, accessible roads, energy and electrified systems at Villa 31 is allowing its inclusion into Buenos Aires. More importantly, I saw people smiling and the pride on their eyes not only for the new structures, but for having a voice and being really included. So much that the initiative has been called Treinta y Todos (“Thirty and Everyone”) by Horacio Rodríguez Larreta, Buenos Aires city Mayor. This project has renewed people’s belief that their children would have the opportunity to live a different and better life, which is an essential success factor in such complex situation.

Walking the talk at the Villa

The feeling when leaving Villa 31 was completely different to what I felt 20 years ago, after our conversation with that woman in Brazil. I saw a high sense of trust and hope, so high that residents are already investing their own capital on improving their homes and establishing new business, such as: restaurants or beauty shops. Complementary initiatives like these are key, considering near 70% of the urban population of Latin America and the Caribbean works in the services sector, according UN-Habitat.

A new socio-economic dynamic is developing, and some important external factors are fueling the process forward. The decision to establish a major government office building from the Education Ministry at the Villa provides a strong signal. However, it is not the only one.  At the Inter-American Development Bank Group (IDB Group) we firmly believe in ‘walking the talk’, and the construction of the new Argentinian representation in Villa 31 shows it. This is a bold sign of commitment to the country and, more importantly, to the people.

As part of the IDB Group, IDB Invest (formerly known as Inter-American Investment Corporation) is mobilizing resources and creating financial tools to stimulate private investments on these projects. Other public and private institutions should learn about the changes at the Villa, and hopefully decide to stand up and support this process too.