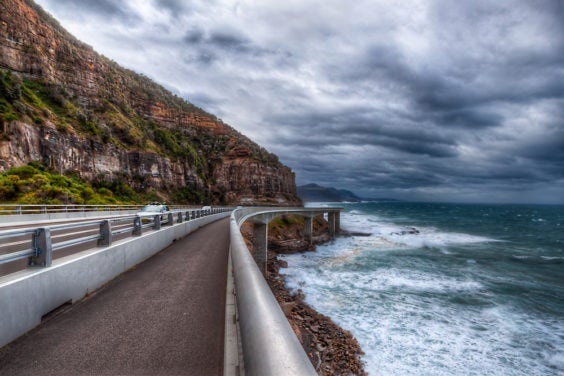 Hurricane Matthew just swept across the Caribbean, leaving behind destruction and crumbled infrastructure. In Haiti, impassable roads and destroyed bridges between the capital Port-au-Prince and the areas most impacted by the hurricane pose the biggest challenge in reaching the affected population. The overall damage of the hurricane is estimated in the billions of dollars.

In light of increasingly severe weather events, developers and operators of roads, ports and other infrastructure are hard-pressed to find new ways to protect their investments. One solution that is frequently overlooked comes from leveraging ecosystems like forests, reefs and mangroves to act as natural barriers against the adverse effects of a changing climate.

Think of a coastal highway built on the foot of a mountain overlooking the sea. Roads like these are under constant threat from erosion, storms and high tides. However, developers can make use of forests growing along the mountainside to stabilize the soil around the highway, reducing the risk of landslides and preventing costly damages to roads and bridges.

Natural ecosystems like coastal vegetation, mangroves and coral reefs offer tangible benefits when taken into account in the planning stages of infrastructure developments. Coral reefs, for example, can reduce the energy of waves by 97%, protecting beaches for recreational use and tourism. Similarly, mangroves provide a natural barrier filtering pollutants and stabilizing sediments to protect shorelines from erosion.

Aside from averting damage to important economic assets, ecosystems like coral reefs offer a slew of natural and social co-benefits, as they are home to countless marine species and provide income and sustenance to coastal populations that depend on fishing.

In addition, there is a clear business case for the use of nature-based solutions to enhance infrastructure projects. Lower maintenance and repair costs, a reliable stream of revenue and added longevity of infrastructure are good reasons for project developers and operators to invest in ecosystems.

In some cases, nature-based solutions are even cheaper than their artificial counterparts. A study by Nature Communications, for example, found that the median cost of building artificial breakwaters is approximately $20 per meter. Restoring one meter of coral reef, by contrast, is estimated to cost a mere $1.30.

Even industrial heavyweights like oil and gas giant Shell are exploring how to leverage what has been dubbed green infrastructure, in contrast to conventional or gray infrastructure. A pilot project in the US state of Louisiana is evaluating how the company can cut maintenance costs for its coastal pipelines by creating living shorelines that will ward off erosion and damage brought on by tidal currents.

Marine biologists are even working on actively regrowing dying coral reefs under controlled conditions, hoping to later reintroduce them into their natural habitat. Currently, they are growing corals at up to 25 times the normal rate found in nature.

If the scientists are able to successfully bring their lab-grown corals back into the ocean, maybe developers one day will be able to grow their own reefs to protect ports, coastal roads and oceanfront hotels. This, without a doubt, would add an appeal concrete breakwaters simply cannot compete with.