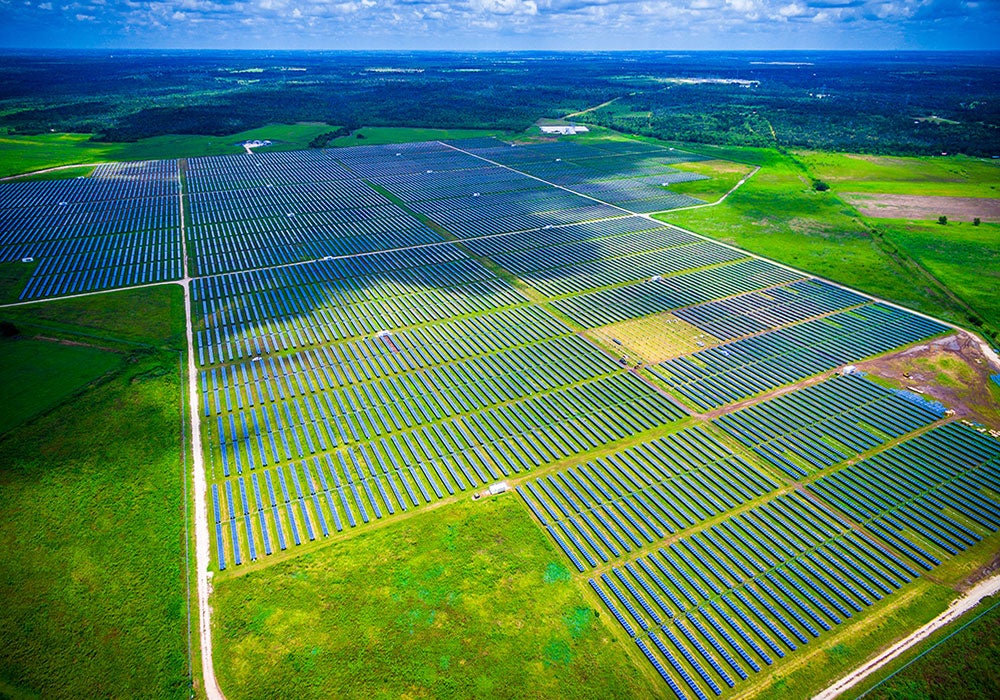 Nearly half of the global electric power capacity could come from solar energy by 2025, according to McKinsey & Company. Multiple Latin American and Caribbean countries, benefitting from exceptional resources and evolved regulatory frameworks, have seen rapid growth in solar energy in the last few years. Utility scale projects are now considered commercially viable and receive private financing, while the application of distributed solar is growing quickly. However, falling solar prices are squeezing the industry, and macroeconomic uncertainty will continue to test its strength. Meanwhile, developers are now consolidating to gain market share and achieve profitability.

The paths to solar bankability of four countries in Latin America and the Caribbean can provide lessons for the region and beyond.

In Chile, the market has seen significant growth. Since the 2008 Non-Conventional Renewable Energy Law, solar installed capacity has increased from almost zero in 2008 to over 1.6 gigawatts as of March 2017. The prices being paid to solar projects have become competitive with other traditional energy sources.

The quality of the solar resource, regulatory stability, and availability of Power Purchase Agreements (PPAs) with privately-held distribution companies awarded by Chile’s National Energy Commission (CNE) are the foundation for the bankability of solar in Chile, and financing is available from local and international commercial banks.

On the downside, bankable PPAs are limited, oversupply during solar hours has been exacerbated by transmission limitations, and commercial banks are experiencing portfolio saturation. Many developers are sidestepping these barriers by focusing on projects qualified as Pequeños Medios de Generación Distribuidos (small means of distributed generation), which offer a stabilized market price for certain projects under 9 MW, and storage technologies are poised to be the next market driver.

Like Chile, Mexico has a regulatory framework revised to promote renewable energy. The untested nature of Mexico’s new framework has not limited the bankability of solar projects with PPAs with the Federal Electricity Commission (CFE) or with creditworthy private offtakers. Many projects are being financed by local banks. The main challenge for solar developers has been the competitiveness of the market, which allows for very slim returns that are dependent on access to long term financing (up to 20 years).

Banks active in solar financing in Mexico must be comfortable offering long tenors or taking refinancing risk under a mini-perm structure, despite exposure to a new spot market, a need for competitive lending directly in Mexican Pesos and approval of project financings using Mexican law. In response, IDB Invest (formerly known as Inter-American Investment Corporation) is offering long-term limited or non-recourse financing in both dollars and pesos, as well as subordinated debt structures to maximize leverage and improve returns.

Energy auctions promoted by the Brazilian Electricity Regulatory Agency (ANEEL, in Portuguese) have successfully stimulated the development of wind power, but solar has taken off less quickly. Political, economic and regulatory risk have slowed down its growth.

Moreover, because of Brazil’s recent economic struggles, traditional long-term financing from commercial banks is not available at rates that make projects viable. Solar developers with PPAs won in the energy auctions have sought financing from the Brazilian Development Bank (BNDES) as it provides subsidized interest rates and other favorable terms. Even so, the local content requirements from BNDES and uncertainty regarding its financial capacity to support a significant number of new solar projects have limited growth. Developers have looked to other sources of financing, including multilaterals, regional development banks within Brazil, as well as export credit finance.

Key factors limiting the supply of long-term debt from commercial banks are the ability to lend directly in local currency (revenues under the PPAs are paid in Reais), as well as concern over long-term economic stability in Brazil. IDB Invest is working to promote alternative sources of finance lending for solar projects in the country, offering long-term debt in Reais, as well as guarantees backing the issuance of infrastructure debentures to support the involvement of Brazilian investors.

The situation in Argentina is like Brazil regarding auctions promoting renewables. Rounds 1.0 and 1.5 of Argentina’s RenovAR auction program attracted significant attention and participation from developers. A total of 916 megawatts of solar energy have been awarded so far. However, commercial banks have been less enthusiastic, due to concerns over political risk and certain aspects of the RenovAR PPA, despite the availability of a World Bank guarantee to partially backstop payment.

Generally, commercial bank financing for renewables is available only with sponsor guarantees or at very short tenors that are insufficient for project viability. As in Brazil, the IDB Invest offers long-term loans to solar projects in Argentina to establish a track record of successful project financing and to mobilize commercial lending for future projects. Sponsors with a successful track record in Argentina and a long-term commitment to the project are factors that support bankability.

As we look toward 2017, the region’s commitment to renewable energy investment seems strong. The expansion of young markets is key, that’s why IDB Invest recently launched our first solar project in El Salvador, and continues exploring others to promote sustainable and affordable energy in Latin America and the Caribbean.

Questions about low oil and gas prices and the looming interest rate hikes remain. Developing flexible financial products, supporting transmission and diversifying away from dollar-denominated financing will determine if solar continues to grow at its current rate.