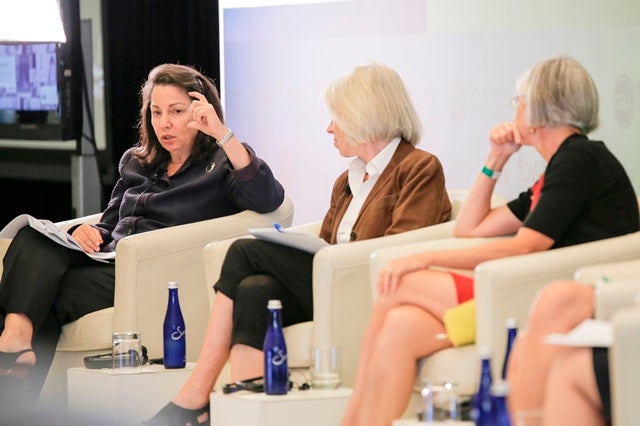 While moderating a panel at the annual summit of the Global Banking Alliance for Women on gaps in data about the women’s market, I briefed the audience of about 200 on the gender-related results of a 2013 survey by FELABAN, the Latin American bankers’ association. The survey posed two questions to regional bankers regarding use of data broken down by gender and how banks serve their women clients.

Question 1:  What share of surveyed banks in Latin America collect gender-disaggregated data and use that data in their operational decisions?

Question 2:  What share of bankers surveyed believes that the market for women-led small businesses is unserved or underserved?

Perhaps you will find the answers as surprising as we did: less than 30 percent of banks surveyed disaggregate data by gender and use this information in their operations. Yet less than 10 percent of bankers surveyed believe that the women’s market is unserved or underserved.

It’s a stark example of the dangers of forming opinions without relevant data. Bankers appear very confident that the market for women clients is well served. Yet more than half of banks lack the information they need to know how well women are served, even by their own institution.

So we see a big disconnect between the perceptions of banks on the credit-supply side, and of businesses on the demand side.

We learned from bank after bank at the GBA summit that it’s worth the effort for banks to serve women-led businesses. We heard about striking results from a bank in Lebanon that has pursued this market. Tania Moussallem leads BLC Bank’s We initiative, which provides a holistic set of services to women entrepreneurs. Her metrics showed

The growing number of banks joining GBA is convinced that the risk of failing to go after this huge underserved market is far greater than the risk of serving new clients that are not as well understood. GBA provides its members with how-to manuals, study tours, and other tools to understand the opportunities of the women’s market for banks and how to seize them.

Development banks have a critical role to play. They can  share some of banks’ first-mover risks and costs (see our women entrepreneurshipBanking initiative); test new scalable lending methodologies that work for women; develop effective training, mentoring, and networking programs for women entrepreneurs; and strengthen women’s access to other essential financial services, such as savings and early-stage equity.

We at the Multilateral Investment Fund are convinced that empowering women, including women entrepreneurs, is fundamental to our goal of achieving broad impact.

We have only just begun to see the kinds of results the women’s market can produce—for women and their families, for banks that serve them or could serve them, and for the economies that benefit from the growth of women’s businesses. But collectively, we won’t make the kinds of investments we need unless we measure these results.

As former U.S. Secretary of State Hillary Clinton has said, “data not only measures progress, it inspires it.”

Nancy Lee is the General Manager of the Multilateral Investment Fund at the Inter-American Development Bank.