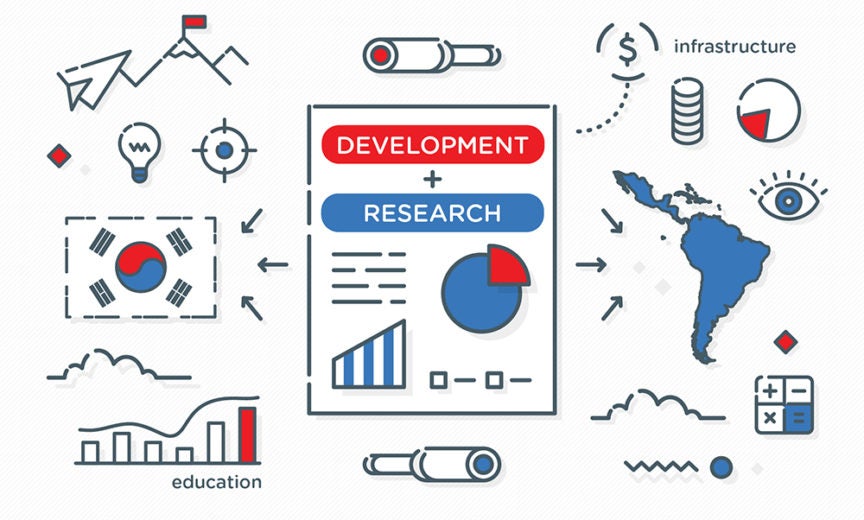 They say that Korea achieved in three decades what it took the Western industrialized countries more than a century to do. But, how did it do that?

When the Korean War ended in 1953, the country was poorer than most countries in Latin America and the Caribbean, with a per capita gross domestic product (GDP) of $87. Today it is a global economic power with a per capita GDP comparable to that of Spain or Italy.

To a great extent Korea’s so-called “economic miracle” can be attributed to its strategy of investing in research and development (R&D). This investment, along with prioritizing spending on the infrastructure and education sectors, was essential to the emergence of large companies such as Samsung, Hyundai Motors, Hynix, and GM Daewoo Auto, among others.

However, Korea is not the only country that uses this strategy. Along with Israel these are the countries that invest a larger percentage of their GDP in R&D (4.3%). Nonetheless, it is important to emphasize the source of these funds. In Korea, 75% of gross spending on R&D comes from the private sector.

How is Latin America and the Caribbean doing in comparison with other regions?

Total R&D spending has reached a record of nearly $1.7 billion. About ten countries account for 80% of this spending and Brazil is the only country in Latin America and the Caribbean on this list.

What is the private sector doing in Latin America and the Caribbean?

Within the framework of the Sustainable Development Goals (SDGs), the countries have committed to a substantial increase in public and private spending on research and development, as well as in the number of researchers by 2030.

The private sector has a great opportunity and a commitment to continue investment in R&D, with the understanding that its investment will translate into greater productivity for its companies and increased ability to innovate.

This is the case of the Multilatinas, which tend to invest more in R&D than their counterparts in the region, resulting in the creation of new products and solutions that accelerate their growth. Globant, Despegar.com and MercadoLibre are some of the most well-known.

MercadoLibre, for example, was one of the most successful companies competing for the auction market in the region. This Argentine company was founded in 1999 and opened an R&D center in Silicon Valley in 2011 to capture Latin American talent located in the United States. Today it operates in 19 countries of the region and is valued at more than $12 billion.

Another example is Chile’s Banco de Inversiones y Crédito, which has an accelerator of corporate innovation and recently launched the MACH application. This allows users to make rapid and easy payment transfers without fees.

Companies that invest in R&D will have more opportunities to be innovative and resilient to the many challenges facing the region. As demonstrated by Korea there are no economic miracles, rather smart investments that yield results.