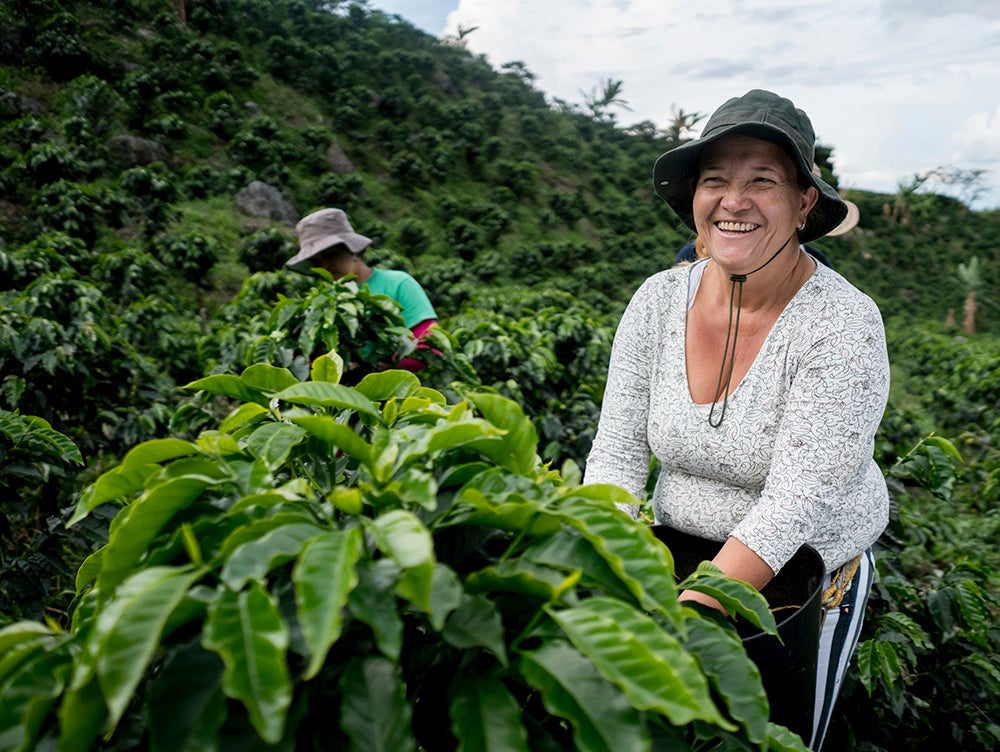 To feed the world by 2050, global food production must increase 60 percent on as little as 12 percent more arable land. This will require avoiding environmentally-sensitive areas while planning for the unexpected events of climate change. Increased floods, droughts, storms, heat and evolving insect resistance are changing how the world farms. Food security and agriculture are part of an ongoing dialogue at this year’s World Economic Forum Annual Meeting in Davos, where experts are identifying ways to replicate what works and tackle what doesn’t.

It turns out Latin America and the Caribbean (LAC) is uniquely positioned to take the lead. With a third of the world’s fresh water resources and a quarter of the world’s medium to high potential farmland, Latin America and the Caribbean is home to nearly 40 percent of the Earth’s biodiversity. According to IDB research, 36 percent of its arable land is within six hours travel time to a market. As a result, the region is the largest net food exporter in the world, where agriculture already represents 10 percent of GDP.

The region has comparative advantages beyond land, water and natural habitat. It has small- and medium-sized farmers who possess generations of experience and a knack for innovation. Such farms account for 80 percent of all farms in LAC, contribute 40 percent of production and generate 64 percent of agricultural employment. However, nearly 13.3 million small-holder farms do not have access to formal credit. Yet new channels to provide them financing and know-how are leading to expanded cultivation and productivity.

Companies in the region are committed to integrating small farmers into the value chain, as are cooperatives, which are naturally linked to small-holder farmers. One example is Ecom Agroindustrial Corporation, a large coffee trader with operations in 30 countries worldwide. The company invests in on-farm agronomic practices and climate-resilient technology in addition to functioning as a financial intermediary, passing credit to their supply chain of small farmers. A partnership between IDB Invest (formerly known as Inter-American Investment Corporation), International Finance Corporation and Starbucks sought to further ECOM’s support to farmers and management of long-term credits. The ripple effect reaches far beyond a multilateral client.

Larger companies can complement efforts to finance small-holder farmers. Industrial companies achieve high levels of production capacity and scale in the face of deep food insecurity. At times, they have found ways to boost efficiency while reducing environmental impacts. CAIASA is one company that can make this claim. The Paraguayan soybean processor and IDB Invest client has biomass capacity and a wastewater treatment process that completely avoids contamination. Thanks to financing and advisory services from IDB Invest, on behalf of the Inter-American Development Bank (IDB), CAIASA is increasing production while eliminating carbon emissions. Industrial agriculture plays a role advancing the circular economy.

Agriculture and food production account for 30 percent of global greenhouse gas emissions and 70 percent of water withdrawal. Yet firms large and small can lower this impact and ramp up production. Partnerships are connecting players across the world and throughout the supply chain. Davos offered a forum to launch new ones, such as Global Forest Watch, and provide updates on existing initiatives like AgroLAC and New Visions for Agriculture.

While the private sector is unlikely to feed the world on its own, it often has the tools and reach to test new models and go down market. Partnerships allow such models to connect with capital, advisory, policy and more, creating a limitless potential to feed the world sustainably.