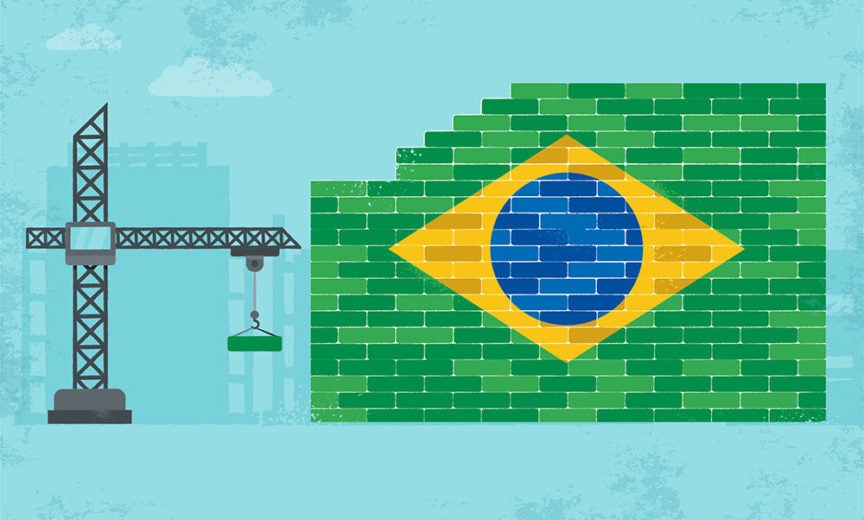 Within weeks of the Brazil Investment Forum, the development of the economy of South America’s colossus presents numerous challenges and opportunities. A major one is how to continue providing incentives for private sector investment in infrastructure to bridge the country’s funding gap. Synergies among development entities open up new and interesting opportunities for this market.

Brazil represented more than 60% of South America’s GDP in 2016. Nonetheless, it has the greatest infrastructure lags when compared to similar countries and to other BRICS group countries. According to the Global Competitiveness Index of the World Economic Forum, Brazil ranks 108th among 137 economies in terms of the general quality of its infrastructure, with levels that are inadequate and often at the limit of their capacity. These deficiencies are reflected in the country’s high logistics costs, estimated at approximately 15% of GDP compared to 8%-10% in the OECD countries.

The challenges of Brazilian infrastructure’s coverage, quality, and capacity are tied to limited investment in recent years. This investment is estimated at 2.8% of GDP between 2008 and 2015 and should reach at least 3.2% between 2019-2024, according to internal IDB Group estimates. With this in mind, we met in Brazil with private sector infrastructure executives to discuss the principal challenges and opportunities.

Despite the important role the private sector has been playing, contributing more than 50% of total investment in infrastructure between 2008 and 2014, it now faces restrictions on its ability to access long-term financing. These restrictions are associated, inter alia, with the reduced participation of BNDES, which contributed about 80% of the funds to finance infrastructure projects in the last decade, and the impact of international banking regulations (Basel II), which require a high capital component for long-term financing and thus limit commercial banks’ appetite for assets of this kind. The serious problems of the large Brazilian construction companies, linked to corruption scandals like Operation Lava Jato (also known as Operation Car Wash), have also affected the confidence of investors and the financial sector.

Aware of the importance of addressing the challenges of infrastructure and enhancing private sector participation in its development, the federal government created the Investments Partnership Program (Programa de Parcerias de Investimento – PPI) to support the development of projects based on concessions or public-private partnerships (PPPs). In 2017, improvements were evident with the award of airport concessions with the participation of international investors. Significant investments are anticipated in renewable energy generation (tenders in December 2017, April and August 2018), transmission lines, port infrastructure, urban mobility, highways, sanitation, and other areas. With increasingly more significant participation from subnational governments, there is an opportunity to support the institutional strengthening necessary for adequate structuring, start-up, and monitoring of projects using these methods.

Regulatory changes have also been introduced to attract private investment, including tax incentives for issuing infrastructure financing bonds (“infrastructure debentures”) on the local market. According to the Brazilian Financial and Capital Markets Association (Asociación Brasileña de las Entidades de los Mercados Financiero y de Capitales – ANBIMA), between 2016 and 2017, the volume of bonds issued for infrastructure financing increased from $1.315 billion to $2.857 billion. The repositioning of the BNDES creates an opportunity for increased participation by capital markets, commercial banking, and institutional investors both nationally and internationally in the long-term financing of infrastructure. It is estimated that the Brazilian pension fund market currently invests 80% of its funds in public debt and only 2% in private debt securities.

To mobilize resources from pension funds and other institutional investors, IDB Invest has announced a partnership with BNDES for the creation of an infrastructure credit fund. The fund is called “B2 Infra” and it is estimated that BNDES participation will represent 30% and IDB Invest participation 10%. This initiative seeks to leverage the origination capacity, project finance structures, and investment capacity of IDB Invest with the funds provided by BNDES and other investors. Although there is a long road ahead, the decisive steps of IDB Invest together with the support of institutions like BNDES and others will help to close the country’s infrastructure financing and development gaps.